From ‘Thoughts on the Primals – Malignant Divinity’ by Archon Niniri Niri The patron saint of the Ishgardian heretics, also known as Harriers, Ishgard-born individuals who follow the whims of the Dravanian Horde. Lady Iceheart, or Ysayle Dangoulain, bore this mantle by infusing herself with the power of the Primal Shiva. A young elezen woman of Ishgardian descent, Ysayle was born in Falcon's Nest, a town that became severely isolated from food supplies when the Calamity hit, and beset by a crippling, fatal cold. Ysayle and a number of others fled across the Snowcloak glacier in search of quite literal greener pastures but unfortunately the rest of her party died during the journey, leaving her the only survivor. She went on to … END_OF_DOCUMENT_TOKEN_TO_BE_REPLACED

From a scrap of paper fallen from a sheaf of notes sent by Archon Niniri Niri to Old Sharlayan via a boat out of Limsa Lominsa. One might find the roots of Ms. Qesh in the entertainment spaces of Ul'dah, where the songs she sung enraptured even the surliest of merchants within the city. The songstress had a rather grander ambition however, and had joined with a number of other young luminaries of the city to gather political power by courting public opinion. Amongst this group were F'lhaminn and her lover, Niellefresne Thaudour, a goldsmith of note who was responsible for managing a grand parade throughout Ul'dah. They resolved to release a number of wild beasts within this parade before personally gaining control of them once again, … END_OF_DOCUMENT_TOKEN_TO_BE_REPLACED

From ‘Thoughts on the Primals – Malignant Divinity’ by Archon Niniri Niri Like many primals, Ramuh is seen by his worshippers as a personification of elemental forces. Namely, Ramuh is regarded as lightning given the form and wisdom of man, a keeper of secrets and being of ultimate sagacity. Ramuh is generally thought of by his sylph petitioners as benevolent, yet the role he plays is not a gentle one and the Lord of the Levin plays the role of judge, jury and executioner over those who trespass upon or profane the deep forests that the sylphs dwell within. Ramuh is traditionally summoned at the Striking Tree, a vast tree riddled with lightning strikes and pulsing with lightning-aspected aether. While Ramuh is a creator deity in … END_OF_DOCUMENT_TOKEN_TO_BE_REPLACED

Tome Retrieved – ‘The Races of Eorzea and Beyond‘ by Archon Niniri Niri The Hyur have long been one of Eorzea's eminent races, arriving on the continent before even the First Astral Era from an unknown location, although at the time they remained a minor species and it wasn't until the early Sixth Astral Era that they undertook a migration from northern Ilsabard across the three great continents, swelling in number in Eorzea. They began a second migration centuries later in 660 of the Sixth Astral Era, further increasing their numbers in Eorzea and pushing the elezen out of their ancestral homelands into the Black Shroud. Less than a century later the hyur themselves began to move into the Shroud, further provoking conflict with the … END_OF_DOCUMENT_TOKEN_TO_BE_REPLACED

From ‘Thoughts on the Primals – Malignant Divinity’ by Archon Niniri Niri Leviathan is a terrifying entity, worshipped by the sahagin of the Indigo Deep. Said to dwell in the depths of the ocean and often regarded as the originator of all waves in the ocean by not just the sahagin but also the sailors of other spoken races, creating a number of traditions involving the sacrifice of men to the creature. Leviathan has long been called on by the sahagin, but rarely have they called upon him to the degree that they did when the Seventh Umbral Calamity destroyed their spawning grounds, wreaking havoc upon their reproductive cycle. The spoken tradition of the sahagin holds that before Leviathan descended upon it the world was a … END_OF_DOCUMENT_TOKEN_TO_BE_REPLACED

From a small pamphlet entitled ‘A Primer on Eorzean Geopolitics for New Researchers’ by Archon Niniri Niri. The First Rule of Ul: The Ul dynasty is, in truth, a branch of the Belah'dian ruling dynasty, and emerged from that ancient bloodline in the year 964 of the Sixth Astral Era. The events that triggered this was the death of the reigning Sultan of Belah'dia and the succession crisis that ensued between Sasagan and Sasawefu, who had begun a civil war over the throne even before their father's demise, eventually culminating in the dissolution of Belah'dia in the year of 969 and the founding of Thanalan's twin nations, Sil'dih, ruled by Sasawefu and Ul'dah, under Sasagan, founder of the Ul dynasty. Soon after this founding Sasagan went … END_OF_DOCUMENT_TOKEN_TO_BE_REPLACED 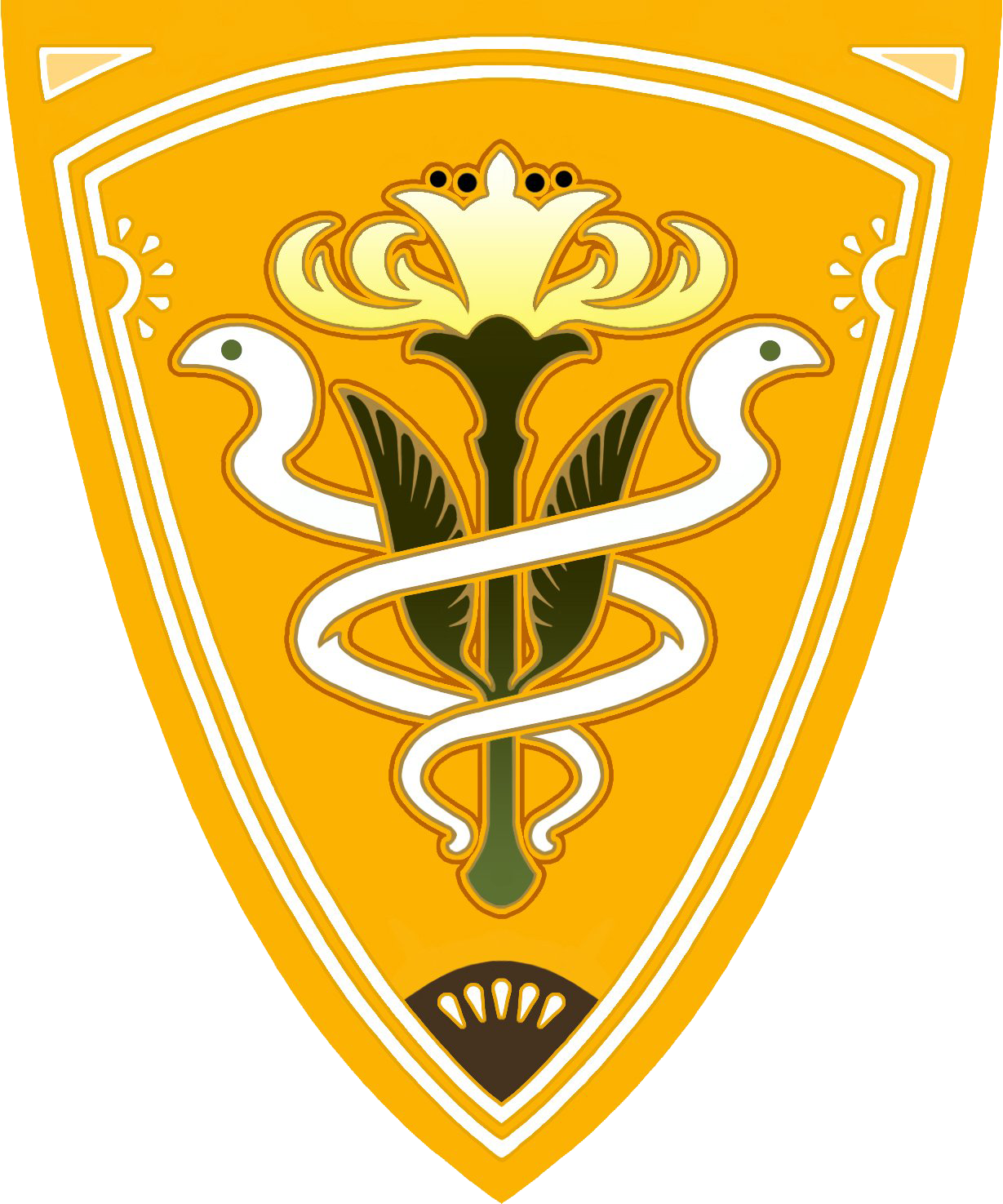 From a small pamphlet entitled ‘A Primer on Eorzean Geopolitics for New Researchers’ by Archon Niniri Niri. Kan-E-Senna - Elder Seedseer of Gridania Kan-E of the Senna family is a padjal of immense power and wisdom who leads the Seedseer Council, the presiding body of her forested home. Perhaps her most noted trait is the unprecedented ability for prophecy she has exhibited since a young age, a gift often attributed by her subjects to blessings from the elementals of the Shroud and the Twelve themselves. In her childhood, Kan-E was already protecting her home from catastrophe via her prophetic gifts, predicting fires and other such disasters with uncanny clarity. The padjal left her homeland to enter seclusion in the woods and commune … END_OF_DOCUMENT_TOKEN_TO_BE_REPLACED

From ‘Thoughts on the Primals – Malignant Divinity’ by Archon Niniri Niri One of the less threatening primals of Eorzea on the surface, the Good King of the moogles is nevertheless a dangerous, aether-devouring creature in its own right. Moggle Mog XII caused a storm in his initial summoning by bucking the trend upheld in scholarly records of the Sixth and Seventh Astral Eras by being the first documented primal to be summoned without originating as a divine figure. The Good King was summoned by the mogglesguard, an order of martially capable moogles tasked with defending the moogles of the Black Shroud, through deceptions woven by the vile Ascians leading them to believe that the primal they summoned would be the authentic king of … END_OF_DOCUMENT_TOKEN_TO_BE_REPLACED

Tome Request – Yjrn Mistwander Tome Retrieved – ‘On The Twelve and their Aspects’ by Archon Niniri Niri Each god in the ranks of the Twelve is linked to one of the six elements, resulting in pairs. Each of these pairs is linked in turn to one of six hells or heavens, which most followers of the Twelve assign as afterlives of the sinners of Eorzea, great pits beneath their respective heavens into which the souls of the unworthy plummet. Some believe that after suffering their internment in their assigned hell, a sinner must journey through the other hells and into the seventh, where they will be judged for their remorse and either sent to the heavens, or damned to eternal internment in the seventh hell, although this is not formal … END_OF_DOCUMENT_TOKEN_TO_BE_REPLACED 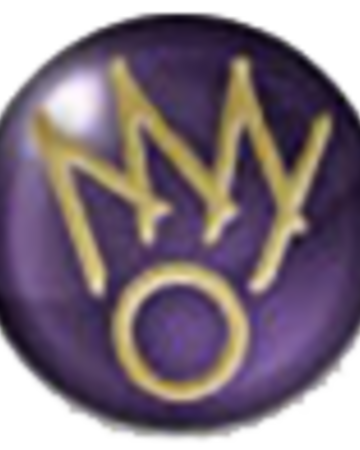 Tome Request – Mimiru Mimiruki Tome Retrieved – ‘On The Twelve and their Aspects – Rhalgr, the Mage of Levin’ by Archon Niniri Niri Rhalgr is famed as the Breaker of Worlds, who watches over the world as a mage who carries a mighty bronze staff. His symbol, a Meteor, speaks to his reputation as a deity of destructivity. Rhalgr is the patron of Ala Mhigo and his association with the city-state dates back to the refugees who settled in Gyr Abania during the Sixth Umbral Calamity. Rhalgr must have been the patron deity of another city-state during the Fifth Astral Era, though the identity of this state is unclear at current. He is commonly considered a deity of lightning. In the theology of the Twelve, Rhalgr is regarded as the father … END_OF_DOCUMENT_TOKEN_TO_BE_REPLACED