Pit Basilisk Taxonomy: Scalekin (Basilisk) Description: Natives of Aldenard, basilisks are fiercely territorial creatures that have a particularly dark place in Eorzean culture, where they often represent evil. The beasts of Halatali were used as training for gladiators and as part of spectacle fights in the arenas. Capabilities: The basilisks of Halatali were able to unleash the baleful energy of their 'cold gaze' in order to freeze and petrify the bodies of their prey. Pit Wolf Taxonomy: Beastkin (Wolf) Description: Fearsome pack creatures that roam the forests of Eorzea, wolves such as these were previously more or less harmless towards the spoken races and their holdings. With the cataclysmic … END_OF_DOCUMENT_TOKEN_TO_BE_REPLACED 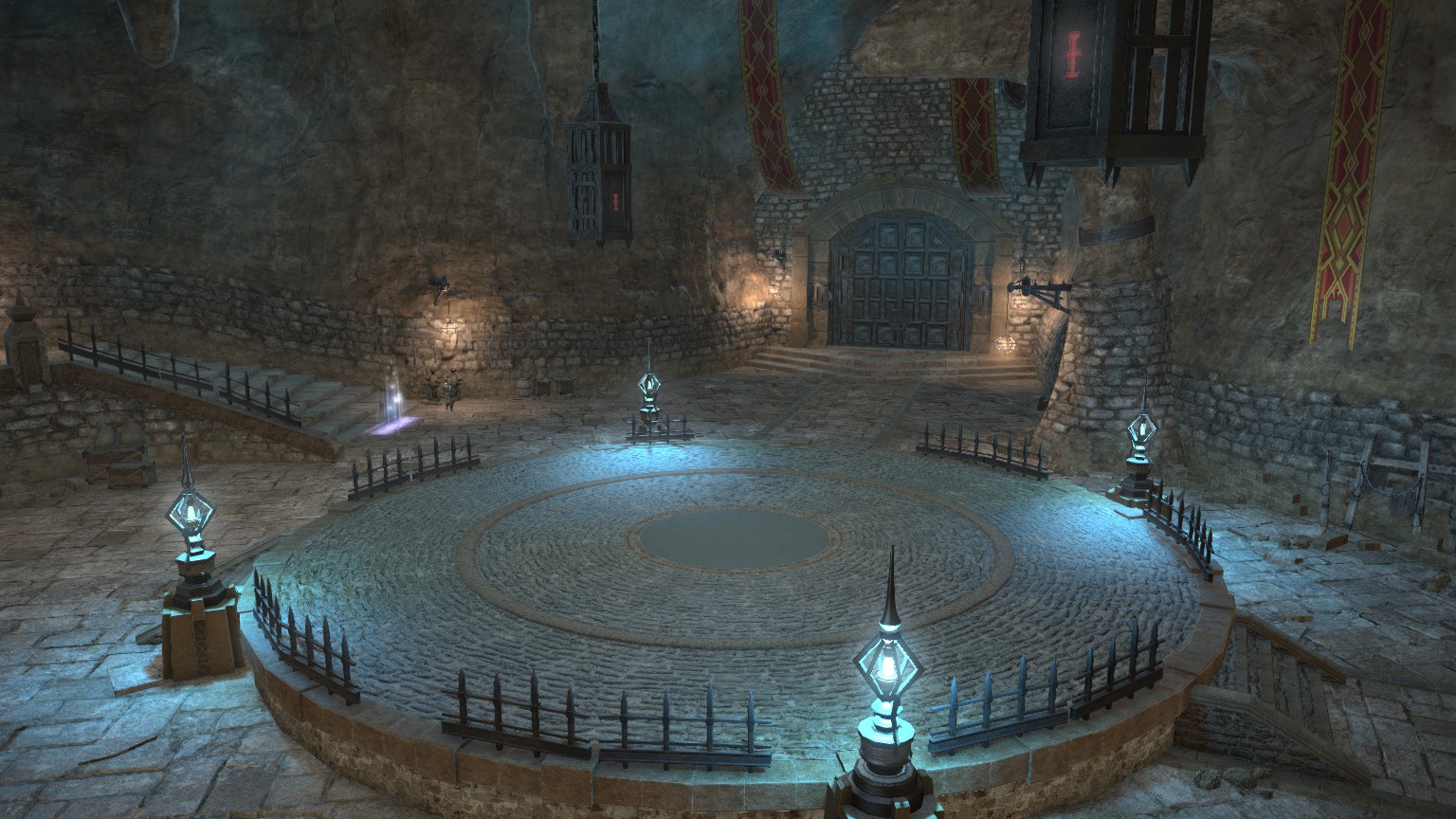 Excerpt from ‘The history of Thanalan, from Belah’dia to Ul’dah’ by Archon Niniri Niri.  After the reclamation of Halatali by a number of adventurers for Ul'dah, it underwent a period of restoration that allowed it to begin function as a training hall for the gladiators of the Bloodsands once more. Again, the halls of the ancient cave complex rang with the clangor of combat. Halatali has since also begun to hold public events, acting as a secondary arena to the Bloodsands and hosting the grand finale of the Mythril Cup. The Hall of the Provocatores The initial hall of Halatali had received considerable restoration, with discarded weapons gathered up, furnishings restored, banners hung and lighting fixed. During the period in … END_OF_DOCUMENT_TOKEN_TO_BE_REPLACED

Doctore Taxonomy: Soulkin (Dullahan) Description: Golems of arcane origin, dullahan such as these doctore are suits of animated plate armor. Opinions on the origin of the dullahan vary, from magical creations to ghostly possessed armor. The general scholarly opinion seems to lean towards the former, however. The name doctore is adopted from the entities' roles as gladiatorial trainers. Capabilities: According to reports given by the maintainers of the complex, the doctore were capable of using a number of terribly destructive techniques including a wide sweep named the 'iron justice' and a magical empowerment of their physical ability named the 'king's will' which might reference a form of patronage by the … END_OF_DOCUMENT_TOKEN_TO_BE_REPLACED 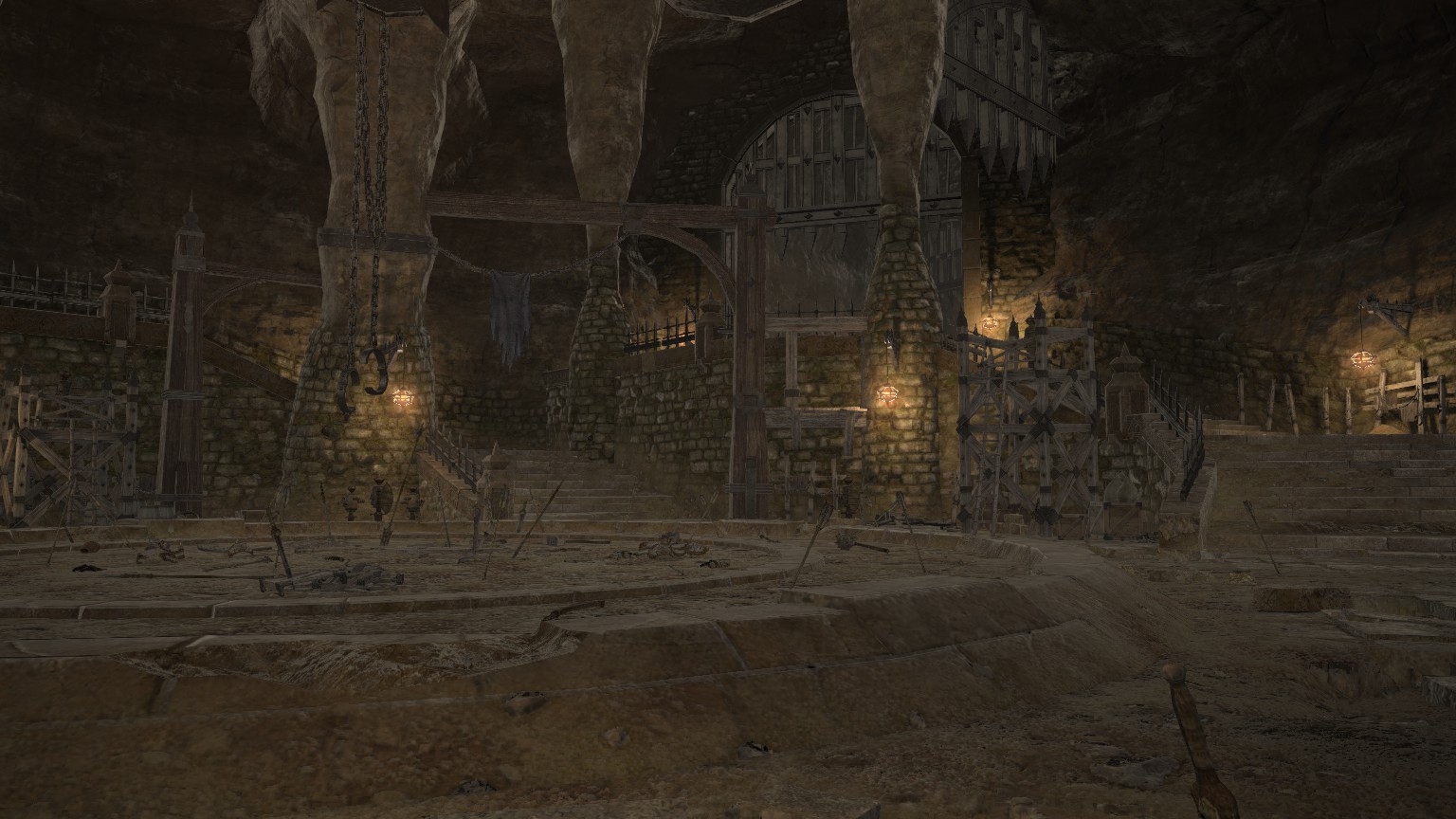 Excerpt from ‘The history of Thanalan, from Belah’dia to Ul’dah' by Archon Niniri Niri.  Halatali is a more ancient and revered site than the vast majority of those who attend fights facilitated by it on the Bloodsands would ever know. Piecing together what few records survive with folklore and archaeological evidence has revealed that Halatali was a system of naturally-occurring caves that were found by Lalafell who escaped the terror of the fall of Mhach. They settled here, naming it Halatali, which translates to 'the land of a thousand shadows' in honor of its role in protecting them from Thanalan's baleful sun, and would later go on to found Belah'dia. This status persisted until later in the life of Belah'dia's successor, … END_OF_DOCUMENT_TOKEN_TO_BE_REPLACED