The Allagan Defense System ☠ Taxonomy: Forgekin (Defense Node) Description: The defense node was a creation of the fevered minds of Allag's upper class, too paranoid to entrust their knowledge to anything but a mechanical creation. Vast numbers of these creations could be found across key Imperial locations, and some scholars believe that Dalamud was essentially a defense node on a grand scale. This particular example of the nodes was a large, defense-specialized node, nicknamed the ADS for short by its creators. Capabilities: The ADS was a mighty contraption, and was capable of employing, amongst other things, a self-destruct protocol heralded by a loud 'click timer'. The device was also capable of compressing … END_OF_DOCUMENT_TOKEN_TO_BE_REPLACED 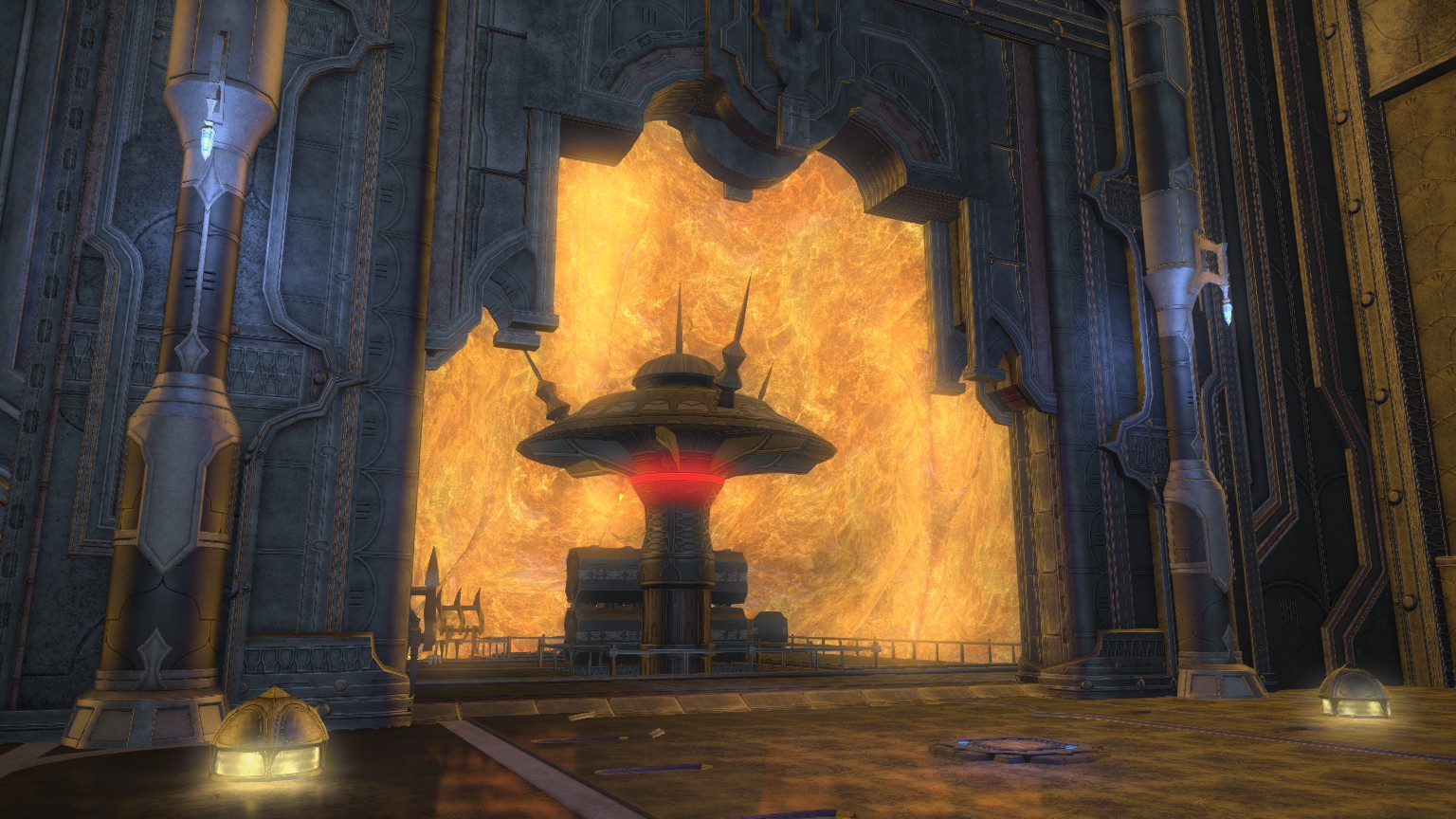 Excerpt from ‘Records on the Traverse of Dalamud's Ruins - A Handbook for Scholars of Allag’ by Archon Niniri Niri. It was at the zenith of ancient Allag, during the second reign of Xande, the revived Emperor, that the elder primal Bahamut was captured and ensorcelled within a colossal metal sphere containing vast apparatus aimed at imprisoning the primal and draining its power. This sphere would later go on to gain the name Dalamud, likely a derivation of Bahamut's own name by later peoples, and was intended to generate power enough not only to sustain the Empire, but to bring destruction upon it by the madness-invoked apocalyptic designs of the Emperor. The Warrior of Light, in conjunction with the Scions of the Seventh Dawn and other … END_OF_DOCUMENT_TOKEN_TO_BE_REPLACED