From the archeological notebook of Archon Niniri Niri. Weaponry: The Antares Needles: A common pair of daggers in terms of design, equipped with cutting edges but primarily specialized for a stabbing point. These specific weapons seem to have been named for a previous inhabitant of the gaol, namely the dreadful banemite Antares, who was slain by adventurers within Toto-Rak before the calamity. These daggers may even have been named after their wielder died fighting Antares with them. Etymology Notes: Antares is, of course, a star within the Scorpius constellation, which is why they are named for a diremite. Antares, as a boss of Toto-Rak in 1.0, accompanied Shaula and Graffias, both also named for stars in Scorpius, of which only … END_OF_DOCUMENT_TOKEN_TO_BE_REPLACED

Prison Pteroc Taxonomy: Scalekin (Puk) Description: The common puk is an insectivore creature specialized for an arboreal life with an irritable, territorial streak a mile long. They are unrelated to dragons despite their common name of 'wind dragon'. These specimens likely migrated from the shroud into Toto-Rak. Etymology Notes: The name of pteroc is evidently drawn from pterosaur, a gliding dinosaur. The Flying Traps Taxonomy: Seedkin (Flying Trap) Description: Deeply predatory seedkin, flying traps rely on the use of their brightly colored petals to lure in prey which is then stuck to these petals by a secreted adhesive, and drained of nutrients by the plant's roots. They are also capable of more direct combat, … END_OF_DOCUMENT_TOKEN_TO_BE_REPLACED 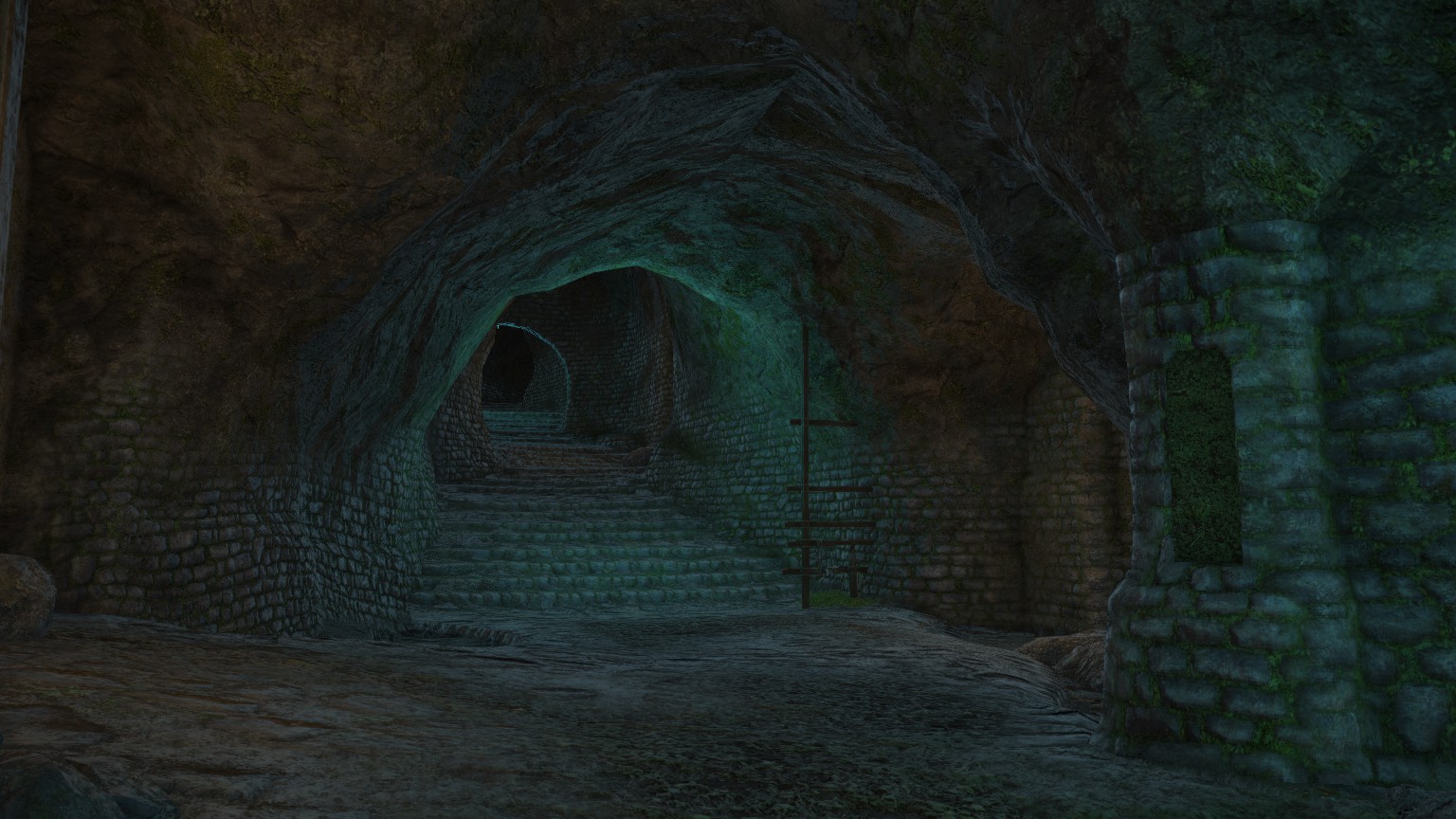 Excerpt from ‘The history of the Black Shroud, from Amdapor to Gridania’ by Archon Niniri Niri. A complex of tunnels hidden deep beneath the South Shroud, the Thousand Maws are modified natural caves that were used as a prison for the most heinous criminals of Gridania. What exactly constituted the worst possible criminal is different in Gridania due to the influence of the elementals, with poachers and arsonists being imprisoned with the complex due to the existential threat their actions posed towards both the forest and Gridania itself. Thirty years ago the prison was deemed untenable due to the widespread mistreatment of its prisoners, and after construction of a jail closer to the city, it was abandoned. Toto-Rak has since become … END_OF_DOCUMENT_TOKEN_TO_BE_REPLACED